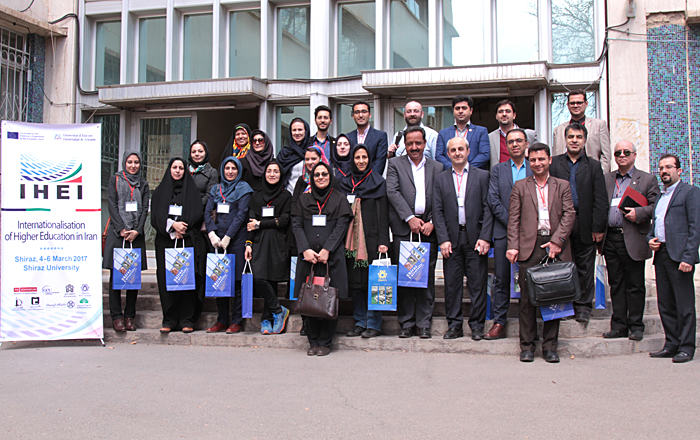 On the 4th, 5th and 6th of March 2017, the International Workshop on "Internationalisation vs. Globalisation" was held in SU and the participants discussed various challenges in the way of enhancing the international processes in Iranian universities. The representatives from the two European Universities presented in two discrete sessions their international experiences regarding student and staff mobility, holding and hosting different colloquia, securing and collecting budgets, and different strategies for capital raising, and shared their best practices in these respects. The sessions were continued with Iranian partners discussing their various efforts and plans for improving their international processes and facilitating the flow of international activities. The workshop was concluded with the participants asking paractical questions from the coordinators and discussing their future plans.

It is worth mentioning that this was the first workshop held within the framework of the IHEI Project. There are five other workshops planned to be held in the other five Iranian member universities in the project. All the workshops will discuss the subject of internatiolisation of higher education. The IHEI Project has started since October 2015 and will continue for three years. Allameh Tabataba'i University (ATU) is coordinating the project among the six Iranian members.