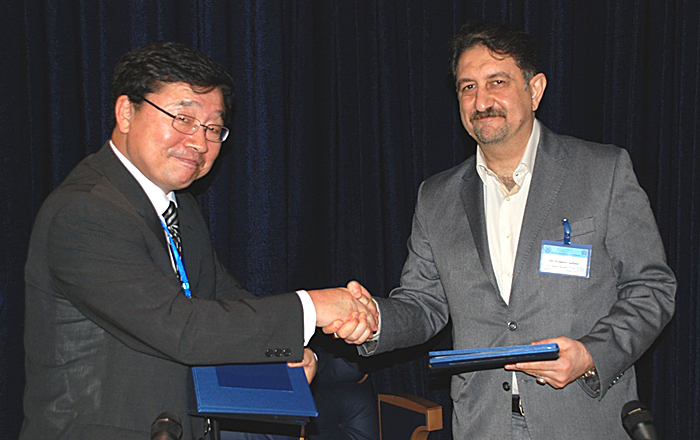 The International Conference on the Silk Road and Transport Diplomacy was successfully convened in Chabahar, thanks to the efforts of the ECO College of Insurance, affiliated to Allameh Tabataba'i University (ATU), and the Silk Road Universities Network (SUN), on the 25 and 26th of January 2017.

In this conference, different solutions for achieving new ideas in the international level for capital raising and developing road, rail, air and see transport systems were discussed and analysed by a host of Iranian, Afghan, Pakistani, Turkish, Chinese, Russian, Kazakh, Korean, and Indian professors.

In the opening speech to the conference, Prof. Hossein Salimi, ATU President, pointed to the ancient roots of the Silk Road and the Royal Road in Iran and reminded the audience of the importance of the message-delivering system in the Achaemenid Empire. saying: "In the ancient past, Silk Road was the carrier and trajectory not only for commerce, but also for cultural exchange between states and civilisations. In a historical era when war and conflict were the most dominant rules in the relations among states and empires, it created a new means for the nations along this Road to consolidate their mutual understandings, and exchange goods and ideas."

Salimi then traced the roots of the "Silk Road" to the nineteenth century, though it was not widely welcomed among the public and the academia by the end of the twentieth century. He then maintained that "ATU, as the largest Iranian public university specialised in Humanities and Social Sciences, has had the honour to establish, in partnership with other world universities and with the innovative suggestion of South Korea, the Silk-Road Universities Network (SUN)." He added that this Network, "currently encompassing 50 universities from East Asia to West Europe, has been founded with the aim of promoting academic cooperation among scholars and researchers in the Silk-Road Countries." As an instance of its activities, this university Network convenes conferences and seminars in the countries around the Silk Road. In fact, in these Roads, not only goods, but also knowledge and culture are exchanged.

Then Dr Goudarzi, Head of the ECO College of Insurance and Head of the Conference, expanded on the topics and aims of the conference. She insisted on the importance of the development of the transport systems in the Silk Road, and said: "Promoting the investment, commercial, transport, tourism and cultural capacities of the Chabahar zone, as one of the most prominent international commercial centres in the near future, is of prime importance." She then clarified that "linking the cultural, scientific, commercial, and economic profiles for the aim of increasing the quality and quantity of cooperation among Silk-Road countries is among the main objectives of this Conference."

Professors from Iran, Afghanistan, Pakistan, Turkey, China, Russia, Kazakhstan, South Korea and India participated in and contributed to this conference. All panels were presented in English, in two separate halls, divided into geopolitical and geoeconomic subcategories. The opening ceremony was organised in the presence of Prof. Hossein Salimi, ATU President; Dr Atousa Goudarzi, Dean of the ECO College of Insurance and Head of the conference; Prof. Hwang, President of the SUN; Mr Akbar Torkan, Secretary of the Supreme Council of the Iranian Free Zones; Dr Abdolrahim Kordi, Executive Manager of the Chabahar Free Zone, and a number of other officials from ATU, as well as other Iranian and foreign students. In the second day of the conference, an MoU was signed between ATU and SUN by Prof. Salimi and Prof. Hwang. 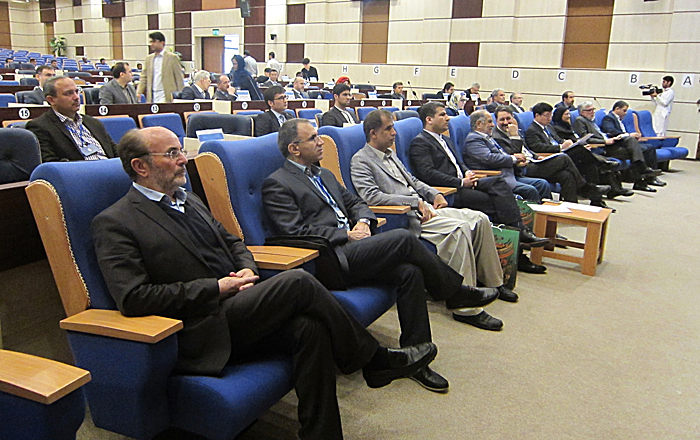 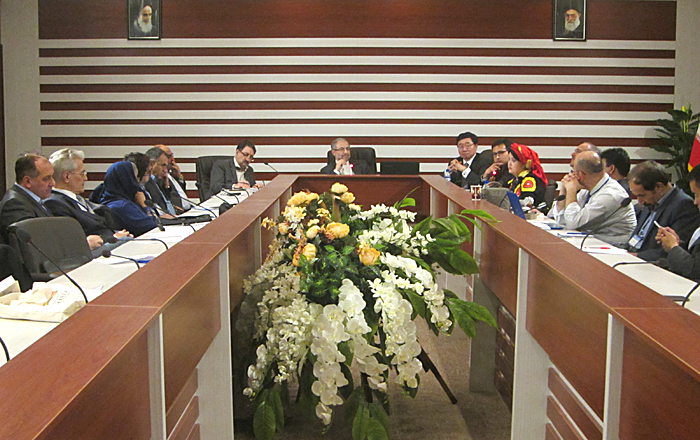