Prof. Salimi Talks about Persian Language in the World of Globalisation 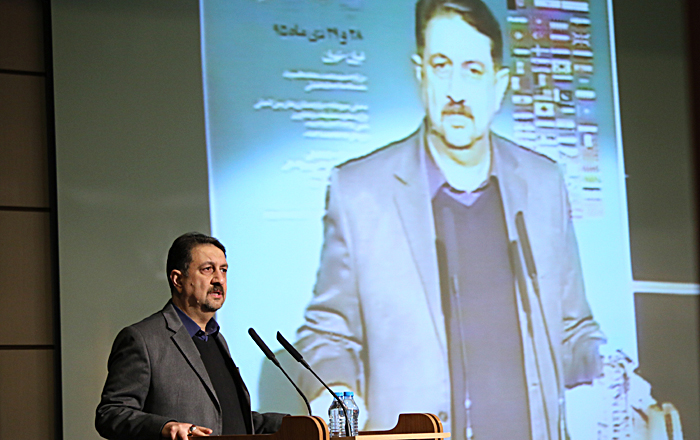 Prof. Salimi Talks about Persian Language in the World of Globalisation

In his opening speech, President of Allameh Tabatabai University equaled the promotion of Persian Language with the development of a new world and hikmah (meaning wisdom) in the world today.

In the first day of the International Symposium of Heads of Persian Language and Literature, and Iranian Studies Departments, held 17 and 18 January 2017 in Allameh Tabataba'i University (ATU), Prof. Hossein Salimi, ATU President, hoped that holding this symposium could be a long step toward the promotion of Persian Language and its synergy. He then continued saying: "To sum up all new theories in Humanities and the new steps taken toward appreciation of social, political and humanities-related phenomena, human is living in a linguistic context. Social and human phenomena have a linguistic essence; thus, to know them, we have to know the linguistic foundations of different phenomena.

Describing Persian Language as one being much more than a simple dialect, literature, morphology, or means for expressing emotions in poetry, Prof. Salimi maintained: "Persian Language is a world; a world in which various semantic phenomena and networks emerge; accordingly, promotion of Persian Language is the development of a new world, a fresh hikmah (meaning wisdom), and a different system of awareness in the world today." He insisted that Persian Language is different semantic global network in which other types of social hikmah, thought, and life emerge.