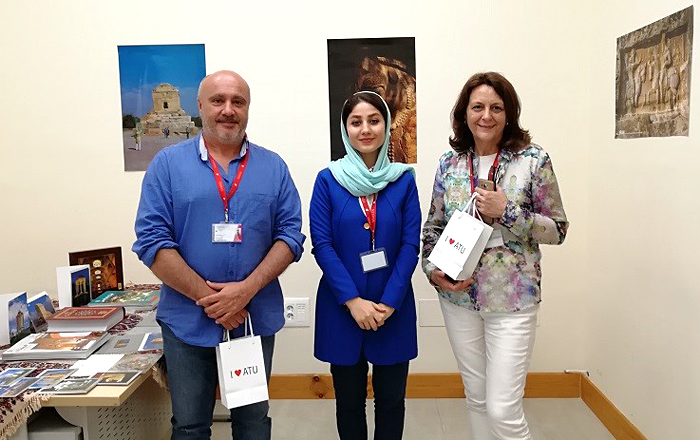 On 28 May 2018, Allameh Tabataba'i (ATU) University's Khayyam Centre for Iranian Studies (KCIS), located in University of Nebrija, Spain, was host to a ceremony commemorating the International Omar Khayyam Day, inviting lecturers, students and other academic and cultural figures to attend.

To commemorate Hakim Omar Khayyam, ATU representative at the KCIS organised a ceremony with the presence of Islamic Republic of Iran's Cultural Attaché in Madrid, Director of the Centre for Spanish Studies, and Director of International Academic Development at Nebrija University, and invited Spanish scholars and students interested in Persian and Iranian language and culture.

The ceremony was held with the aim of introducing Spanish students interested in the great Iranian Thinker, as well as the Persian language and culture; during this event, Spanish and other foreign students, and a number of Nebrija University officials registered for the Persian Language courses at the KCIS. Also, parts of the "Seven Faces of Iranian Civilisation" movie were screened for students at the KCIS.

At the end of the ceremony, Mr Alireza Esmaili, the Islamic Republic of Iran's cultural attaché in Madrid; Mr Pilar Alcover, Director of the Centre for Spanish Studies; Dr Javier Diaz, Director of International Academic Development at University of Nebrija; and Salomeh Yousefian, Director of Europe and the Middle East Relations visited the KCIS Centre at Nebrija University.